Brinson Hall became the third female athlete at Tallulah Falls School to commit to an NCAA Division-I school within the last month or so. For Hall, a standout golfer who holds or shares many school records, the much-anticipated decision has been made to continue her golfing and academic career at Troy University.

“I will be able to push myself in areas that I have never pushed before both on and off the course. The challenge excites me and motivates me to be the absolute best person I can be.”

“I only recently made the decision to go to Troy,” says Hall on how she came to her decision. “In fact, the time between me learning about Troy and deciding to go there was only a month. As I began learning more about the school, it checked all the boxes that I was looking for in a school. I then emailed the coach, and he was extremely welcoming. Soon thereafter, I visited and fell in love with not only the campus but also the atmosphere and mindset put forth by the school. That night I called the coach and he offered me a spot. I knew it was the place for me after that phone call. I would be able to play the sport I love while still going to a school I love.”

Hall had been seeking the bigger school feel with an opportunity to still play golf. She found that and much more with the D-I school in Alabama.

“The biggest thing that sold me about Troy was that it was the perfect medium-sized school,” adds Hall. “I would be able to go there and participate in bigger D1 athletics while still going to classes with a smaller number of students and get to know my professor. Additionally, I got a chance to talk to some of the administration and even the Chancellor at Troy. Every single person I met or talked to at Troy was exceptionally nice to me and my family. They have all done their very best to make me feel welcome.” 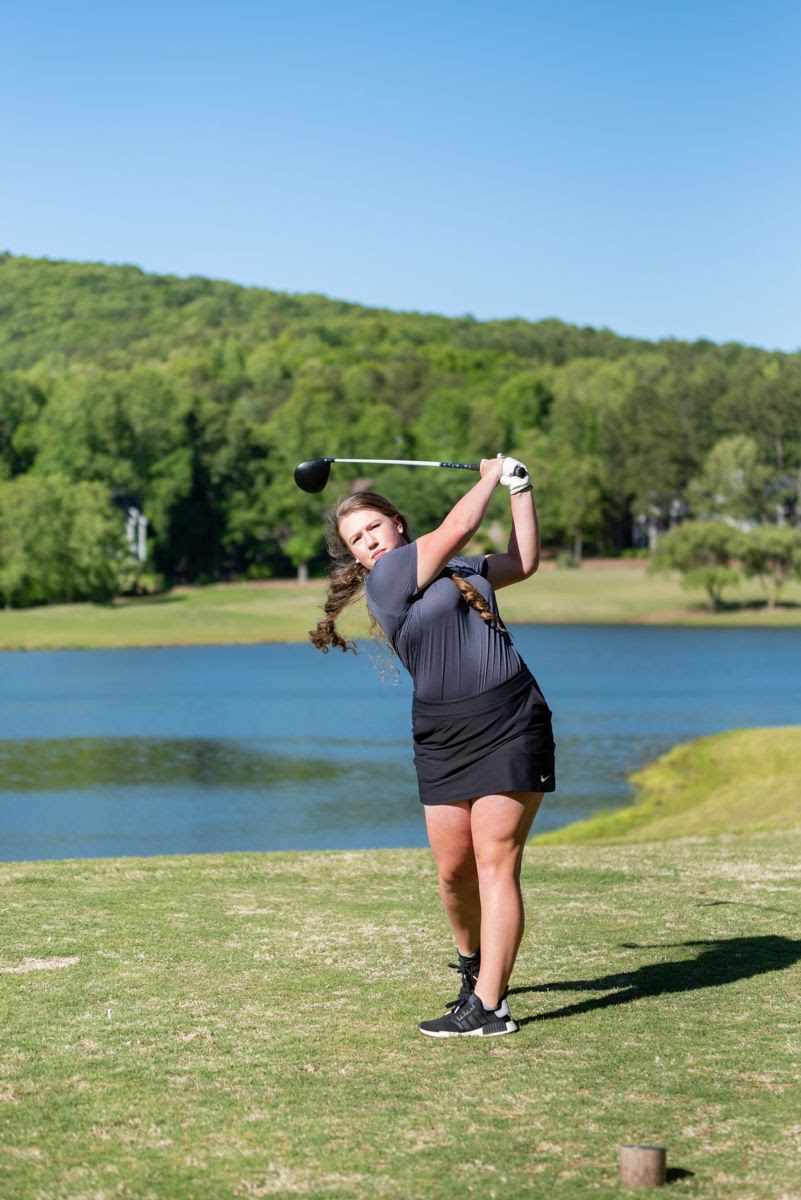 Hall is one to never shy away from a challenge, and that is what most excites her about the opportunity at Troy.

“Being able to play the sport I love while also studying what I love with amazing people is what I am most excited about,” states Hall. “I will be able to push myself in areas that I have never pushed before both on and off the course. The challenge excites me and motivates me to be the absolute best person I can be.”

While it truly can be easy in Hall’s position to think one did it for themselves, the senior is keen enough to know she didn’t get this on her own.

“Honestly, I can only give glory to God for this opportunity,” states Hall. “Without Him, I would not be where I am today. Because of Him I was given amazing parents, family, and friends that have pushed me and supported me through every step of the way. The only way I can describe my emotions is blissfully happy and grateful. It is a big compliment for coaches to recruit you, but to be signing with Troy, it is a dream come true. Ever since I was a little girl who had just picked up a golf club, I knew that golf was the sport for me. To know that all that hard work from the early mornings to long tournament days has paid off, is a feeling I will never forget and I can only thank God and the people who always pushed me to be better every day.”

The recruiting process had its ups and downs for Hall, as she juggled school, applying for colleges and scholarships, fine-tuning her golf game, and dealing with recruitment simultaneously.

“It was a lot, but, through this process, I have met some of the most amazing people and I will cherish those relationships forever,” adds Hall.

Hall feels prepared for this next step in her life thanks in part to Tallulah Falls School.

“TFS has helped me in all areas of my life,” says Hall. “I was able to use some of the best technology to better my golf game. I was also able to expand my worldview and learn about other cultures. The school has taught me servant leadership and to push myself to exceed my limits. I have learned to be more than just a student at a school. I can now walk into anywhere and know that I will do great because I have the skills to exceed in any atmosphere. TFS has given me opportunities to grow inside and outside the classroom that I would not get at any other school.”

While TFS helped guide Hall, it was her massive support system that helped make it all possible. 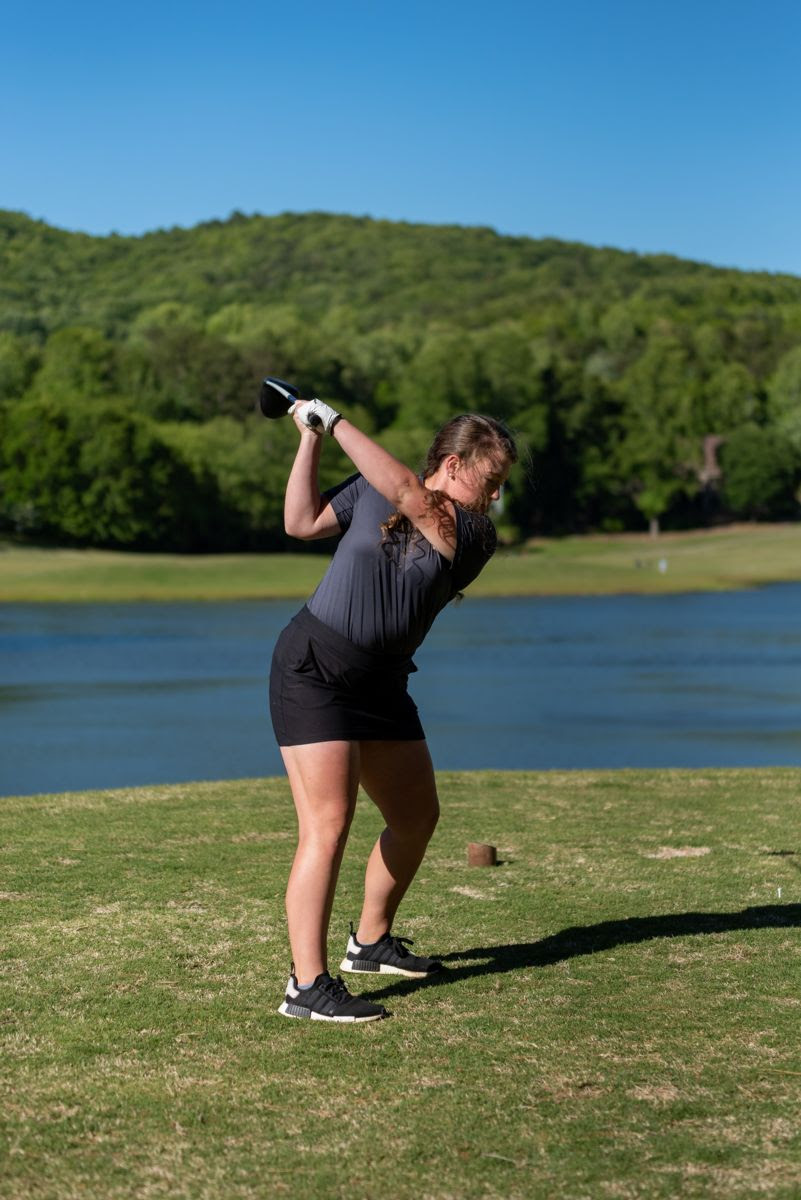 “One other thing that I would love to mention is the support from my parents. Most people do not realize the time commitment put forth by parents of golfers. I could count on one hand the amount of tournaments that I have been to alone over the past seven years. They have financially, spiritually, and emotionally supported me in everything I do. They sacrifice so much for me and my brothers to be able to follow our dreams, and I will forever love them for that. They have helped shape me into the young lady I am today, and for that, I will forever be grateful.”

Now that her big decision is made, and her signing upcoming on December 9 at TFS, she can solely focus on her senior year and upcoming golf season.

“Words cannot explain how excited I am for this upcoming season,” says Hall. “I truly believe it will be our best season yet. I would love to be able to break every single record the team has set in the past. Both team scores and individual scores have the possibility to be broken and I know we can do it. I want this season to be filled with laughter and memories that will last a lifetime. It will be my last high school golf season, so I want to make it one to remember.”