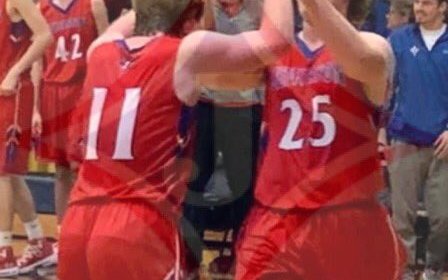 The Dragons were minutes away from a state championship last season, but came up just short. However, Jefferson had one of the program’s most exciting seasons ever, which has a lasting impact that is already being felt this season.

“We’re all very excited to get everybody here, and get everybody going, and get into the flow of what we want to do” says coach Kevin Morris, who says the momentum is a little bit cut back with the COVID restrictions this past summer.

The Dragons bring back a lot of key players, notably Spencer Darby, Malaki Starks, and Kam Robinson, the latter of which Morris says will be relied on to score a bit more this season. However, Jefferson’s upcoming deep football playoff run means about 9 of Morris’ players won’t be with the team until probably January. Also, the departure of Jacob Radaker and Daniel and Owen Parker from last season’s team.

“We did lose their production, and I think we have some kids that can fill those shoes pretty well, especially on offense,” claims Morris, who does admit Radaker is a player who can’t really be replaced. “Offensively we’re fine…defensively we have some guys that will have to pick that up a bit.”

Despite the challenges, Jefferson maintains high expectations for all its programs, and the Dragons hoopsters are no exception.

“I’m not a big goal person for wins and losses,” says Morris. “I just feel like our goal is to win a region championship, and get to the state tournament and see where it goes.”