Blackstock Hits Way to Player of the Week, Cronic too

The Player of the Week fan voting totaled 21,334 votes. For the third time this season, it was Madi Cronic who’s voters backed her to the Fan Vote POW. She had 12,940 votes. BLITZ then picked Livi Blackstock as Co-POW for her efforts.

Make it three and counting for Madi Cronic as Player of the Week in 2020. Cronic played in only one game last week for Banks County, but grabbed a couple of hits, an RBI, and a double, slugging 1.000 in the process.

This is Cronic’s sixth POW award in her outstanding career. 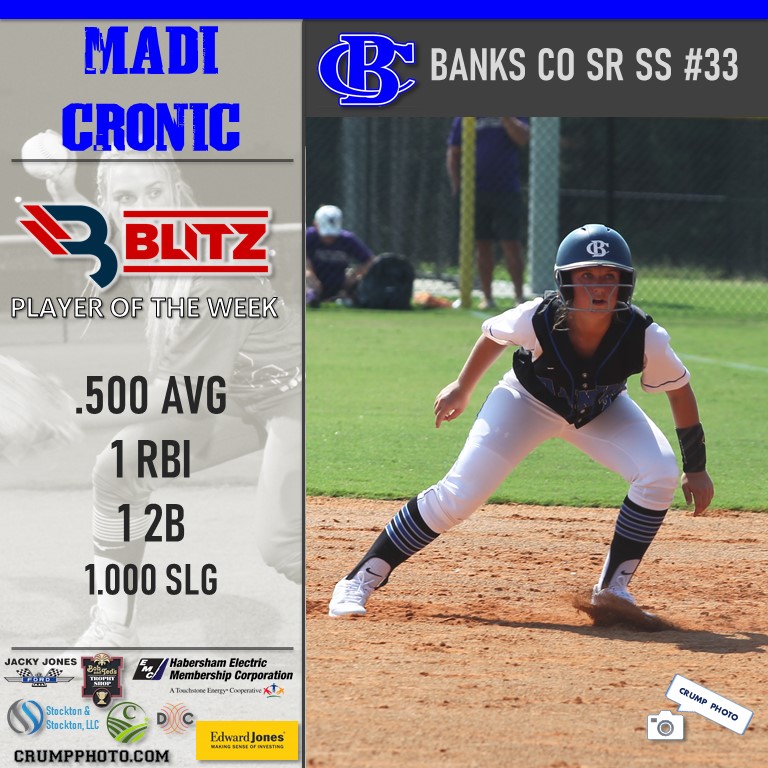 Jefferson senior shortstop Livi Blackstock had a phenomenal week at the plate for the Lady Dragons last week. She hit .857, and drew five walks. That was good for a .917 OBP, which is ridiculous. And of course, when you’re on base, you typically score runs. To that end, Blackstock had six.

This is Blackstock’s second POW award of her career, the other coming last season in basketball.