Madi Cronic is among a small handful of local players who from the first pitch was viewed as a favorite to earn Player of the Year honors. So far, so good for the Banks County standout, who recently committed to West Georgia.

The shortstop picks up her fourth-ever BLITZ Player of the Week award.

You just can’t make stuff up like this. Emma Davis of Commerce missed last season to an ACL injury. That alone would make this story incredible. But what pushes it over the top is that prior to the season starting, the senior nearly lost her life in a car accident just over a month ago that claimed the life of her twin brother, Evan.

Even playing at this point is remarkable, but Emma stepped to the plate with the bases loaded for her first at-bat of the season. What followed is something straight out of Hollywood. She blasted a grand slam homerun, and, as captured in a beautiful photo by Brandy Martin, points to the sky after crossing home plate.

This is Emma’s first Player of the Week award. 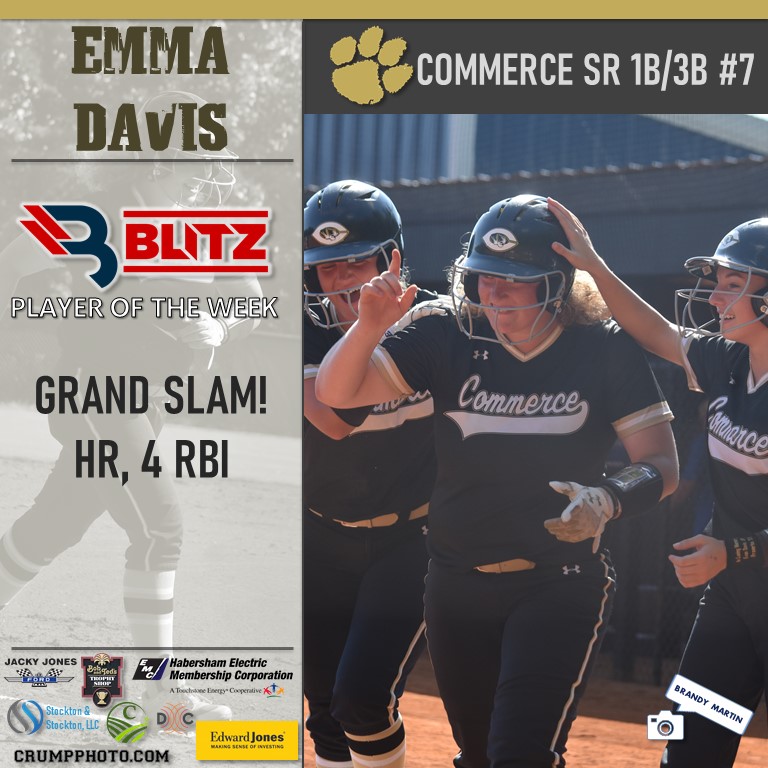