It’s hard enough to go back-to-back. Nolan Wheeler made it a 3-peat as a State Champion, becoming just the second Lumpkin County wrestler ever to accomplish that feat. The senior is more than deserving of BLITZ Wrestler of the Year honors.

Wheeler becomes a 3-time state champion, as he guided the Indians to a 3rd-place finish as a team in the Traditionals Tournament. He polishes off his career with a 61-4 senior season wrestling at the 160-lb class. After going 28-7 as a sophomore and 37-4 as a junior, his career W-L excluding freshman year (unknown) stands at 126-15, which is phenomenal.

This was fairly obvious, but there were still some split 1st-place votes, as teammate Sam Irwin and his amazing season rivaled Wheeler a bit. Commerce’s Elijah Burns also took a piece of the 1st-place vote pie.

HISTORY OF WRESTLER OF THE YEAR

Wheeler is the second different Lumpkin grappler to take the award, following Zach Matthews, who won it back-to-back in ’15-16 and ’16-17. The award has now gone to a senior in 4 straight years, which guarantees next season we will have a 5th straight different winner.

While Wheeler and Irwin are graduating, the other 3 finalists will be seniors next year. They are the obvious choices to have the inside track at winning this award. Of course, anyone from Commerce, Jefferson, and Lumpkin are almost always in the discussion. 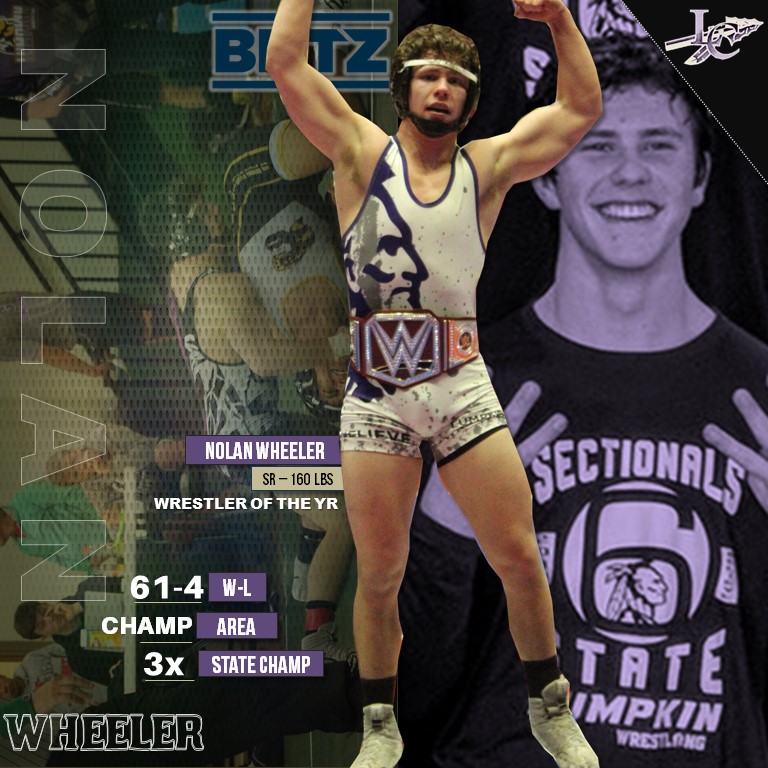 2 comments on “Wrestler of the Year – Nolan Wheeler”