Jefferson opened region play with a bang, as the Dragons (3-1; 1-0 in 8-AAA) torched the East Jackson defense for 70 points in a 70-6 win in Commerce. The Eagles (3-2; 0-1) suffered a second straight loss after starting the season 3-0. The Dragons used a flurry of TDs in the first quarter, taking a 35-0 lead in a matter of minutes.

#8-ranked Jefferson led 56-0 at the half, and true to character used a different player for each TD. The Dragons are now winners of 3 in a row. Jefferson’s offense (41/game) and defense (11.7/game) performed better than their averages. The 70 points marked the second time in as many years the Dragons put that exact number on the board against East Jackson.

The Dragons’ first drive of the game was done in two plays, both rushes by Colby Clark. The first went all the way inside the 5-yard line. The second was a 4-yard TD run with 10:08 to go in the first. On the very next play from scrimmage, East Jackson’s pass attempt was popped into the air and caught by Malaki Starks, who returned it for a touchdown just 17 seconds after the first TD of the game.

After a fumble by the Eagles gave it back to Jefferson, Reese Johnson raced to the end zone from 16 yards out for the 21-0 lead. Again the East Jackson offense struggled, and a punt was taken back about 60 yards by Kam Robinson. With 5:45 to go in the first, it was quickly out of hand at 28-0. Less than a minute later, it was a 10-yard Kade McNally touchdown to push it to 35-0.

After a turnover on downs by the Eagles, Jefferson again capitalized with a strong drive that ended with a 22-yard TD run by Jordan Perry. By halftime, the Dragons held the 56-0 lead, which ballooned to 70-0 during the third quarter.

The Dragons move to 8-0 all-time against East Jackson, and have outscored the Eagles 252-6 in the past 4 meetings. 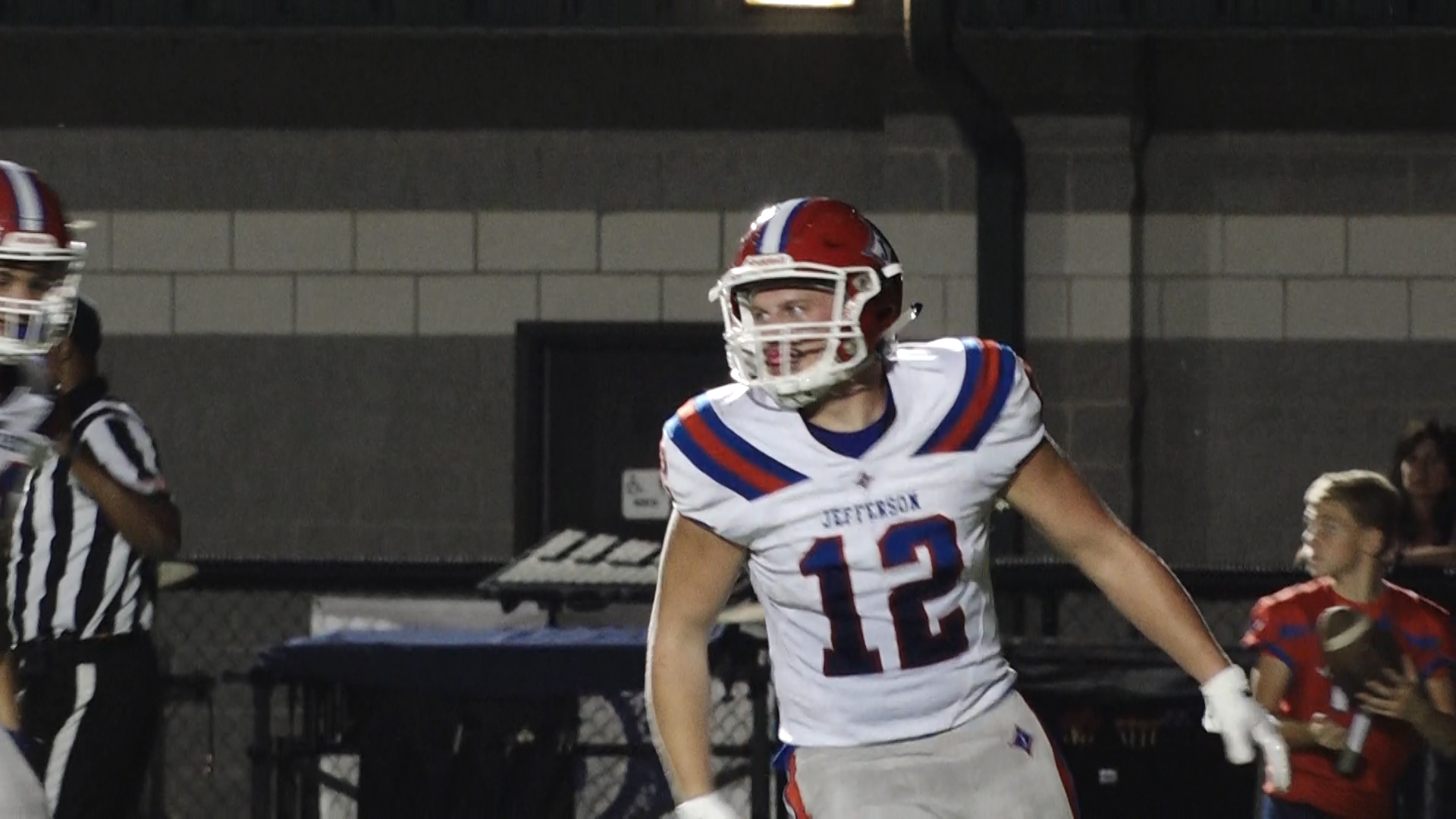