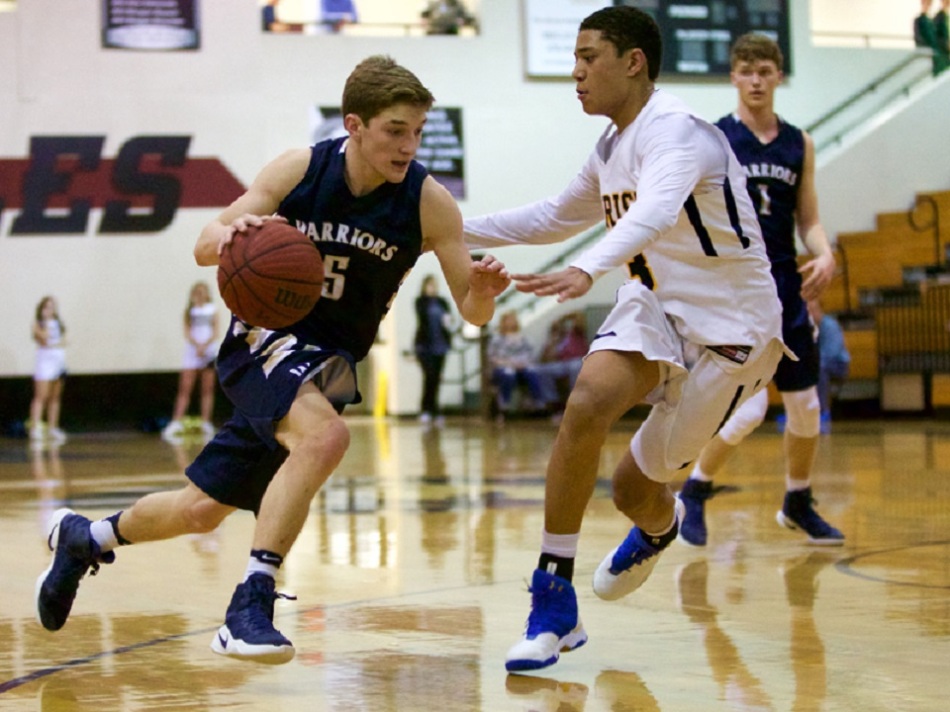 It was a young team coming into the 2016-17 season, but coach Sam Borg and the Warriors defied outside expectations by battling their way to a state playoff appearance.

White County (17-11) went a solid 5-3 in region 7-AAAA play this season, and took care of business in the region tournament to secure a #3-seed in the state tournament. The Warriors, led by senior John Ward (17.1 pts, 9.1 reb, 1.4 blk) and two other seniors. Many young guys, including sophomore Austin Harris, stepped up this year.

The Warriors had last made state in the 2013-14 season. The 17 wins matched coach Borg’s highest win total at White County, as also accomplished last season as well as the ’13-14 state playoff season. The Warriors were bounced by powerhouse Sandy Creek in the first round, although Borg stated that the boys played even in the last half of the game.

Borg believes Sandy Creek, a team with superior length, has a chance to win the state championship if they play to their strengths. The experience of facing a team like Sandy Creek on the road, and making the state playoffs, will surely pay dividends for next season’s Warriors team.

0 comments on “Warriors to Build off State Playoff Run”