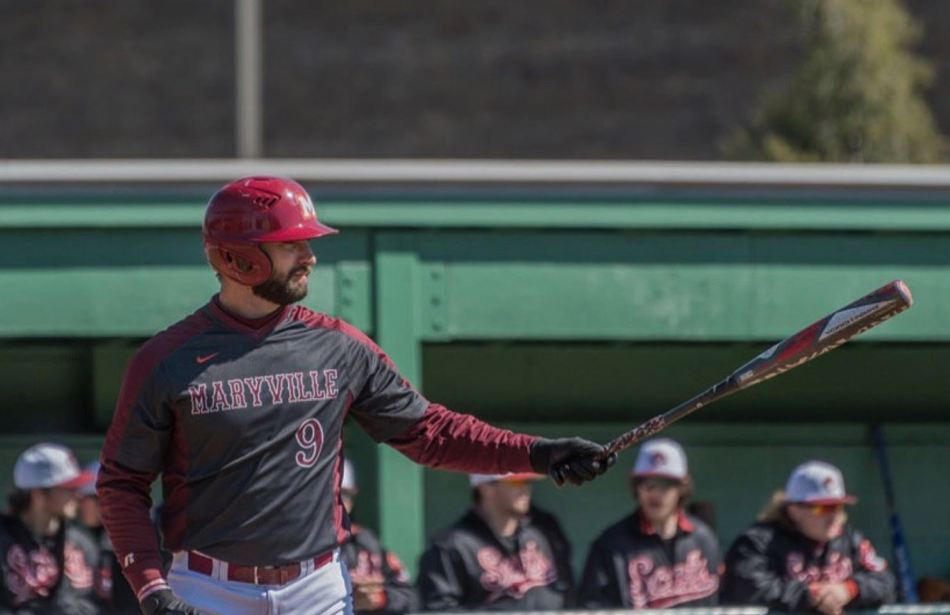 Sports across America, and for the world for that matter, have come to a screeching halt. The mixed emotions of fear, disappointment, heartbreak, and confusion flood the country. The role of sports as a pleasant distraction has been negated due to a worldwide hiatus of sporting events. Still, there are still many things to be excited about. One is Alden Wright, who has been writing a sensational story of his own.

Wright, a Rabun County graduate from 2016, is atop the NCAA Division-III leaderboard in RBI while having what is/was a monster senior year. The fact that the Coronavirus outbreak has caused a cancellation of what could be the final year of his career, is just another obstacle that Wright will surely overcome. We’ve seen him do it many times.

“It’s been a really long and hard road to get where I’m at today,” says Wright, who suffered a torn ACL during his senior year at Rabun when being tackled in football following an interception in the state quarterfinals. The injury forced him to miss his final high school year of baseball.

“After my second major knee surgery last March, I didn’t know if I’d ever be able to play the game I love again. I quickly pushed that thought to the back of my mind though and realized that I was determined to do whatever it takes to help my team this year. Whether it was being on the field or not I wanted to be there for my guys and help them out. Luckily though I was able to do more than just be there for them, I was able to play beside them and play with them.”

He’s been better than ever in 2020. To date, the senior outfielder in 19 games, hit .479 (34-for-71) with one homerun and 30 RBI. He had 8 doubles and 14 runs scored before the season has ended abruptly. That RBI total has him standing alone across the country in DIII.

“I think that leading the country in RBI is a really big accomplishment for me,” says Wright. “Seeing all the hard work finally paying is really something that I’ll never forget, but I couldn’t have done it without the guys who hit in front of me. The three guys who hit in front of me have done more than I could’ve ever asked. They’re all great hitters and great base runners. All I’ve had to do was get a hit and let them do the rest.”

“There are so many different emotions running through my head head right now I can’t even count them all,” states Wright. “Anger, sadness and disbelief are probably the ones that come to mind first. I don’t think it’s really hit home yet with anyone because it seemed like one day everything was fine and the next day we get told we might never play the sport that we love again. If I have played my last game though, I know that I gave it everything I had and I’m beyond blessed to have played beside and against some amazing athletes and even better people in my career here.”

With the NCAA announcing that all spring sports players will receive an additional year of eligibility, Wright weighs in on the decision.

“Allowing kids to play another year because they got one taken away is honestly the only way I saw this situation ending,” says Wright. “I do believe though that you will see a lot more Division-I athletes coming back to play another year than you will D-II and D-III. The reasons for that are simply because of money, and the fact that many smaller schools, like Maryville, don’t have any graduate programs to offer a fifth year. Because of those two reasons, I will not be returning to play another year at Maryville. As much as I would love to do, by this time next year I hope to be finishing up flight school and have my own place to live. Even though this chapter in my life seems to be coming to an end, I’m happy to have been a part of a great school and a great program.”

It is sad to see his career close, but he acknowledges that he had a great run filled with some high and low points.

“When looking back over my 4-year career here at Maryville, I’d have to say the high points didn’t even have anything to do with playing baseball,” says Wright. “Yes, it is fun to win and celebrate, but the best part about it all is the memories and friends that you make along the way. The low point of my time at Maryville had to be last February when I figured out I was going to need another major knee surgery. When the doctor told that I needed another surgery if I wanted to try and play my senior year, I broke down into tears because I knew that meant that I was losing most of my junior year. Little did I know at the time though is that I might be losing my senior year as well. I’d have to say my only regret in college was not taking my first two years as serious as I could. I think I got into a phase where I thought I have two more years to play the game and it wasn’t as important as it probably should’ve been. That’s my only regret simply because I didn’t even have a last two seasons to get to play. One was cut very short because of injury and the other cut short because of something that we have no control over. Other than that, I had the time of my life in college and if I could do it again I wouldn’t change anything.”

Wright, who will go down as one of the more mentally-tough athletes we’ve covered after all he’s been through, knows that his success is about more than just himself.

“I’d have to contribute most of my success this year to a couple different things,” he says. “First off, I wouldn’t even be here playing the game I love without my Lord and Savior Jesus Christ. Without him none of this would be possible. Second, if it weren’t for my family, teammates and friends I don’t think that I would be the man or baseball player that I am. Lastly, the only reason I was able to even step on the field at all this year was because of our baseball athletic trainer here on campus. He has came in early and stayed late just to work with me. He has guided me and helped through the rehab process since only a week after my surgery last March until now. If it weren’t for him I wouldn’t be able to run or even swing a bat.”

On Wright’s thoughts on the worldwide pandemic of Coronavirus and how it has altered the sports landscape:

“I think it’s a pretty sad situation for our entire nation,” says Wright. “I think that the Coronavirus is something very serious, but at the same time it makes you realize that you shouldn’t take anything for granted. Though the situation seems super tough right now, everything happens for a reason. Even if we can’t see what’s going on or why something is happening we have to trust in God’s plan. If we do that, then everything will work out the way it’s supposed to. I think as a nation we have gotten away from that concept and it’s sad to see.” 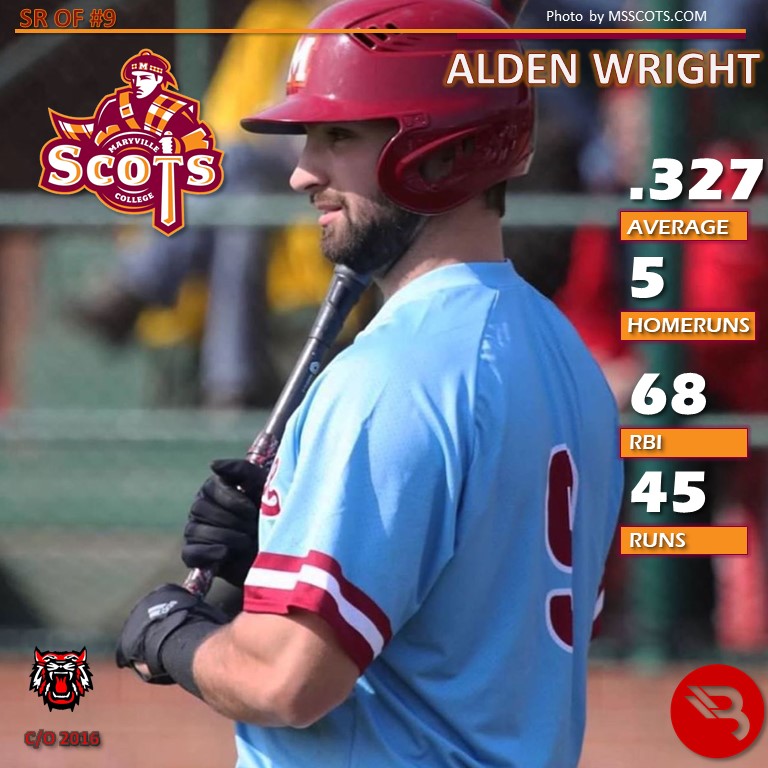 0 comments on “College Spotlight: Amid worldwide hiatus, Wright leads the nation in RBI”