Banks County’s Clay Gosnell and Union County’s Ava Hunter earned Co-Player of the Week honors after heroic efforts to guide their teams to the Elite 8. Gosnell earned the Fan Vote with 3,283 of the total 5,448 votes going his way.

Clay Gosnell is not the first, second, or even third player you typically mention when talking about Banks County basketball. That distinction typically goes to Carl Cleveland, Dakota Orr, and Pierce Martin. However, all would be in agreement that the success of the Leopards often hinges on the play of Gosnell. The junior guard does so much that doesn’t show up in a box score, and was pivotal to the Leopards’ Sweet 16 win last week.

The guard went off for 15 points, hauled in 4 boards, and dished out 3 assists to earn his first-ever Player of the Week award. This may be just the beginning for Gosnell, who along with Orr and Martin, will form yet another strong nucleus next season for Banks.

How has this girl not won a weekly award until now? It seems like the center for the Union County girls team is more than just a sophomore because of the many times she’s been talked about.

Ava Hunter put together an incredible performance that resulted in 20 points to help get the Lady Panthers into the Elite 8. Hunter was also recently named a Player of the Year nominee. This is the first of surely more Player of the Week awards. 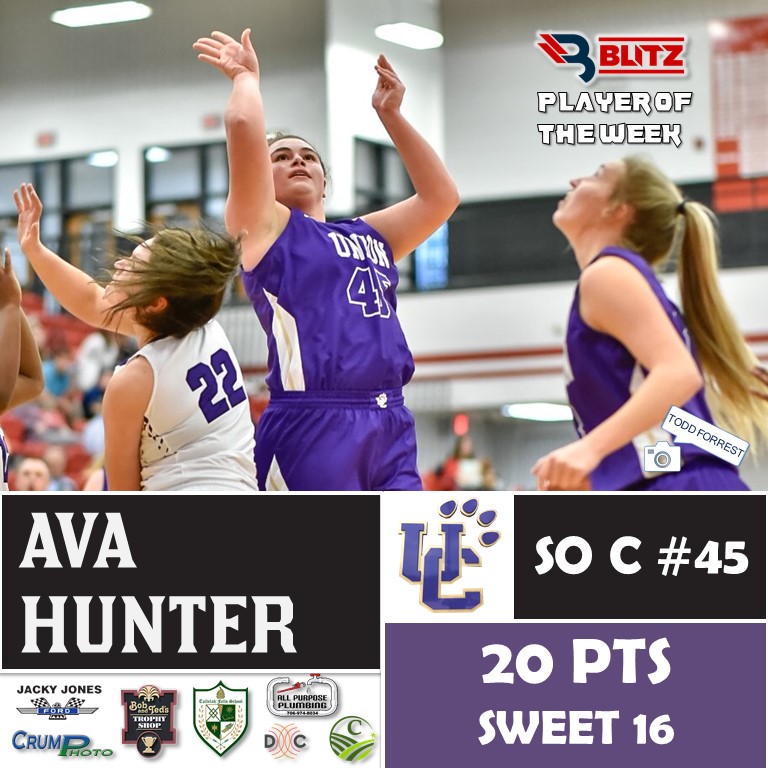 0 comments on “Gosnell, Hunter heroics earn the duo Player of the Week honors”