Nothing’s a given, especially come playoff time. The #2-seed Lady Leopards are playing at a high level at the perfect time, evidenced by Friday’s 56-53 win over visiting South Atlanta in the first round of the state playoffs.

The win for Banks County (15-15) gets the program into the Sweet 16 for the fourth time in the past 6 seasons. It was Heather Vaughan who led the way to this victory, scoring a game-high 22 points, including 20 in a beastly second half.

The Lady Hornets (16-11) had at least a share of the lead about half a dozen times in the fourth quarter, but it was Vaughan who iced the game with making four huge free throws in the closing minute.

Banks opened the game on a 10-5 run, but the Lady Hornets closed the quarter down just 10-9. The Lady Leopards would head into the half up 21-15 in a low-scoring affair. The Lady Leopards then had a 7-0 run in the third, including a big 3-pointer by Vaughan. Again South Atlanta stormed back, going on an 8-0 run to close within 30-27.

The fourth featured 6 lead changes, including a tie with 29 seconds left before Vaughan hit another pair of shots from the line to give Banks the final lead.

Banks County was led by Vaughan’s 22 points, while Jenna Reeves had her 19, which included 11 in the second half. Jacy Ayers also had 6 for Banks County. South Atlanta was led by a pair of players in double figures, including 16 by Cobb.

The Lady Leopards advance to take on the winner of Vidalia/Jefferson County in the second round. Banks County also made the Sweet 16 last season, and the Elite 8 the year prior. 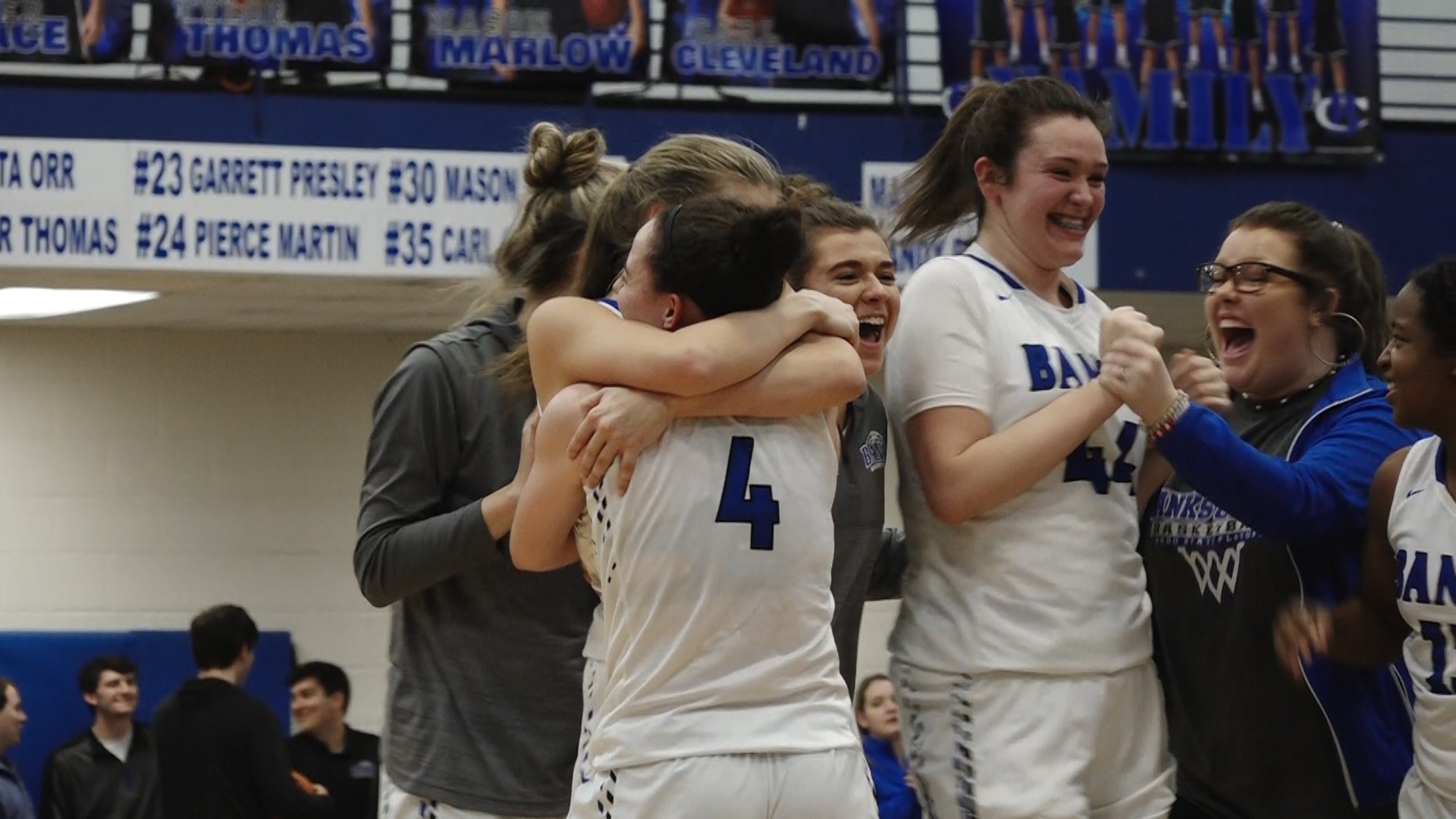