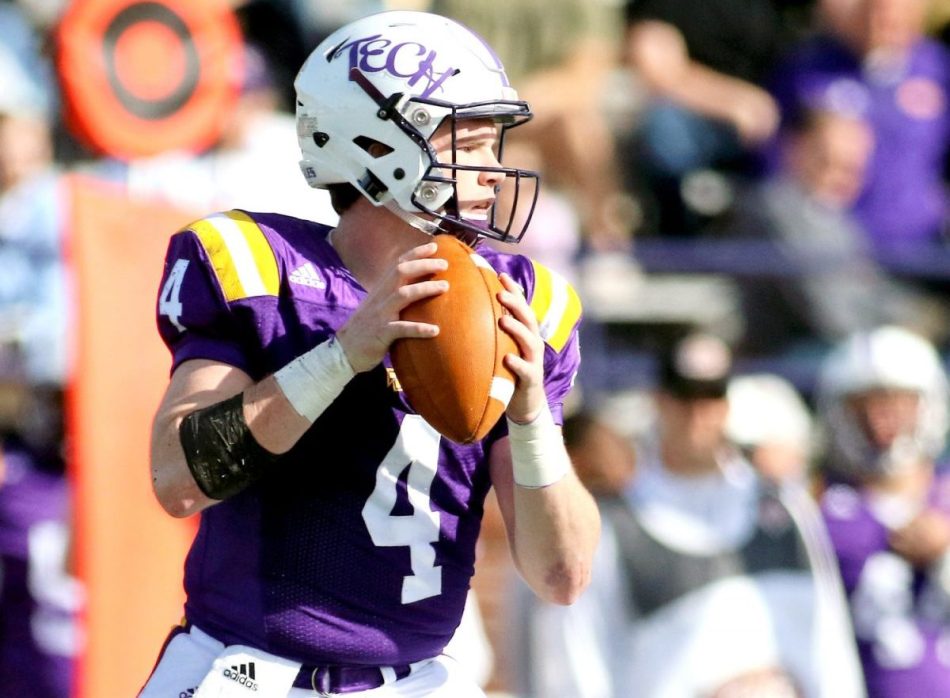 Bailey Fisher wills wins. His career through middle and high school has long been synonymous with winning. A freshman year in 2018 at Tennessee Tech that saw him win the Ohio Valley Conference Freshman of the Year honors was a 1-10 campaign that the Rabun County alum (c/o 2018) wasn’t used to.

The sophomore quarterback was determined to make 2019 a completely different experience. It was, as the Golden Eagles went 6-6 overall.

“We just knew we had the talent to have a big season,” says Fisher. “We had a great group of seniors that led the way, and we had a great group of freshmen that came in and contributed as well. We talked all preseason about how we wanted to be the biggest turnaround in college football. We ended up being tied for the second best turnaround in the FCS.”

Don’t think for a second it wasn’t in large part due to Fisher’s prowess at the most important position on the field. He passed for 2,643 yards and 21 TD against 10 interceptions, completing 62% of his passes. The dual threat also rushed for 489 yards and 11 TD.

Take a look at his progression from year one to year two:

In just about every possible category, Fisher demolished his freshman numbers. This was no flash in the pan, but rather a result of the same grit and determination he has shown since his days in Tiger.

His two biggest games of the 2019 season included the season-opening win over Samford, 59-58, in which he threw for a career-high 415 yards and 2 TD, while rushing for 48 and 3 TD. He also had a monster game against Eastern Illinois in late September when he passed for 269 yards and a career-best 6 TD in the victory.

For Fisher, he has always been a leader by example, especially as a quarterback. But he knows that this year he also had to take the next step as a leader in other ways.

“As the QB, you have to be a vocal leader no matter if you’re a senior or a freshman,” says Fisher. “You have to be able to take command at all times and to be able to do that you have to gain the respect from your guys by working hard and showing them you’ll lay it on the line for them. It’s been great taking more of a step as a leader. I just have a great group of guys around me that want to win as badly as I do, and there’s no better felling than going out and competing with them.”

Fisher was one of the greatest high school quarterbacks in Georgia football history, going 36-4 as a starter for the Wildcats, with 3 of those losses came in the state quarterfinals or deeper. He took his team to the 2017 title game, won 4 straight region titles, and 3 quarterfinal runs or deeper. He closed his career with 113 TD passes, fourth most all-time in state history, and 9,383 yards, sixth most all-time at the time of graduation. He tallied 170 career touchdowns (113 passing, 57 rushing), while rushing for 3,075 yards, giving him a total of 12,458 total yards of offense. 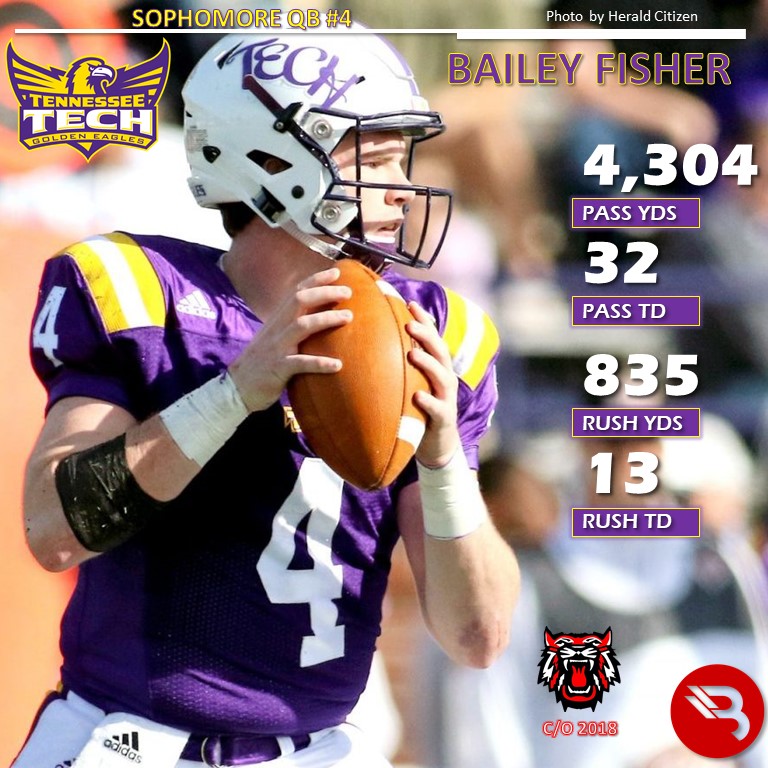