An early Union County touchdown just moments in fooled everyone into believing we were in for a scoring onslaught. Instead, a defensive stalemate ensued, ending with a 14-7 final as the #8-ranked Panthers were held to their fewest points since last year’s playoff loss (40-10) verus Bremen. Still, a win’s a win for Union (7-0; 4-0 in 8-AA) as it remained without blemish in region play, keeping pace with Rabun atop the region standings.

For Banks County (3-4; 2-2) it meant a second straight loss, which pushes it to fourth place in 8-AA. The Leopards’ defense played spectacularly, and the offense came up with just enough to make for a nail-biting finish that ended with a failed final lateral play.

John Mancuso was the man for Union, hauling in two touchdown passes from sophomore Logan Helcher, who was making his first start in the absence of the state’s third-leading passer, Pierson Allison.

Mancuso scored the first TD on the game’s opening drive, a 47-yard check-down pass that he took the rest of the way. No one scored again until the third, when Helcher found a wide open Mancuso for a 3-yard TD with 4:31 to go in the quarter.

Banks County got on the board with 8:51 left in the game when Bowen Roberts found Erwin Durmic open downfield. The play went 68 yards for a touchdown to bridge the gap to 14-7. The Leopards rolled the dice with an onside kick, and got it. However, both teams had the ball two more times while coming up empty. Banks had the ball in the final seconds on the 48 yard line, but was unsuccessful in a final lateral play.

Defense won the day, as the Panthers had guys like Mancuso, Sloan Sutton (fumble recovery), Aaron Helton (forced fumble), and JJ Littles (interception) all came up big on that side of the ball. Banks County also had guys shine on defense, such as Braxton Simpson (red zone interception), Jace Bennett (big sack), and others.

Union’s offense checked in as the #2-ranked offense in the state in all classifications at 50.7 points per game. The defense (20.2) for Union, as well as Banks (20.8) played better than their averages. 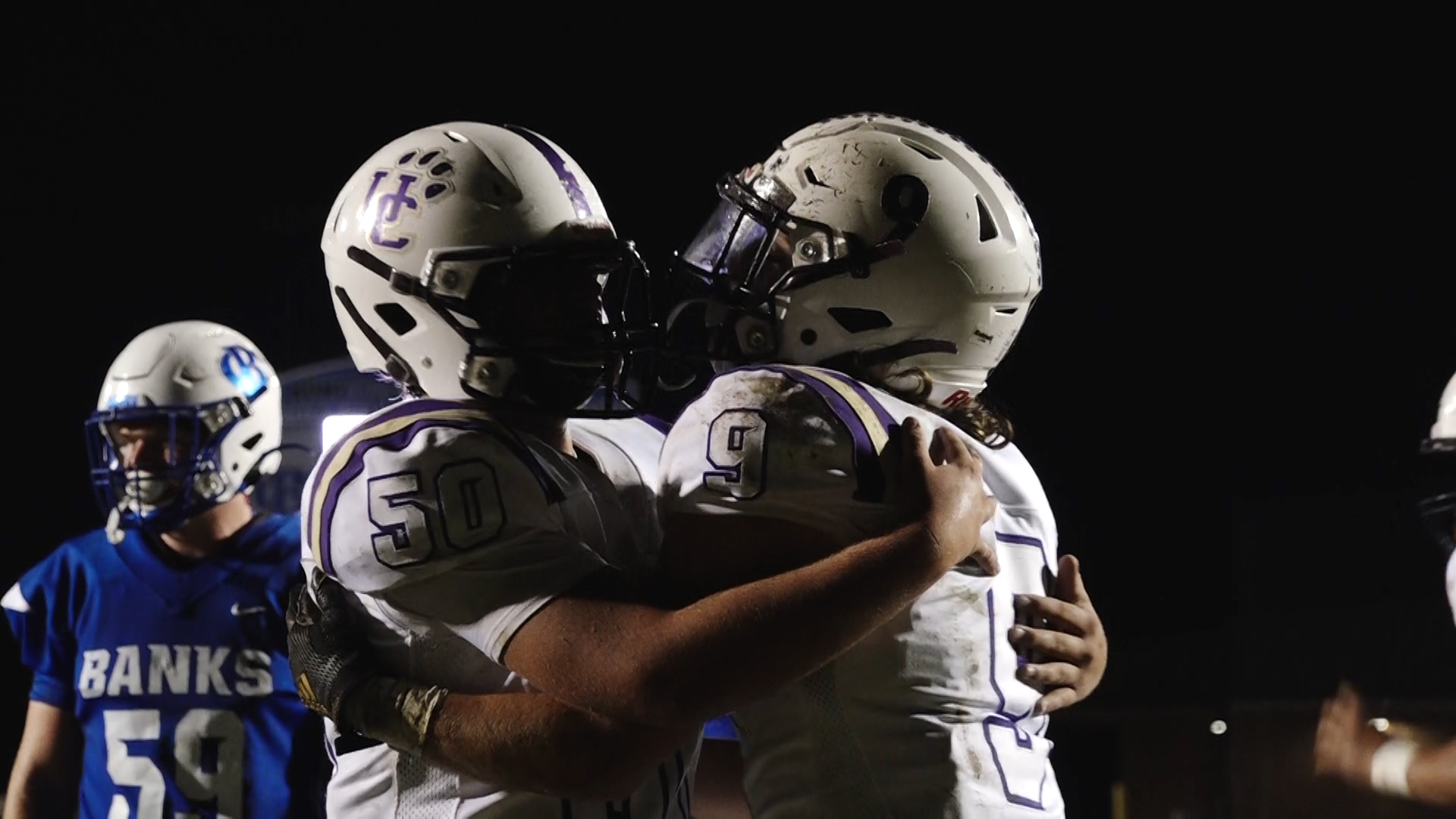