In case you were living under a rock, Habersham Central is coming off an historic victory of arch-rivals Stephens County. In week 5, the Raiders got the proverbial monkey of the back by beating the Indians for the first time since 1996. It’s only fitting it happens in the school’s 50th year of Raider football.

“Everybody knows how big that game is,” says head coach Benji Harrison. “We came out on the wrong side of that thing for a few years now. We talked about it being our time. Our kids bought into that. They fought hard.”

“It’s a great win,” says senior quarterback Ryte Woodruff. “We prepared good all week. We’re very proud of it. But our word this week is moving forward. Keep playing how we’re playing.”

Woodruff is leading the charge this season on offense, and represents the fourth signal-caller in as many seasons.

“He’s played really well,” says Harrison. “He’s unique in the fact that he’s had to be the backup for two years. I know that wasn’t easy for him at times. I’m just really proud of him. We knew that when his time came, he would lead this team the right way.”

While the Raiders (2-2) are enjoying the fruits of their labors — two straight victories after a tough 0-2 start, Harrison is ready to put last week’s game in the memory bank and keep the focus on right now.

“As a coach, the biggest concern is that we don’t have a lapse because of last week,” says Harrison. “It was a big week. Our guys have been patted on the back quite a bit and congratulated, which they deserve. They understand what happened last week was pretty special, but to keep that game special we have to take care of business this week.”

Habersham has faced its fair share of adversity this season, oftentimes taking punches in the third and fourth quarters of games.

“Those first two games, we were just a few plays away,” says Woodruff on the losses to Dawson County and Madison County. “We just have to keep executing and know what we do every play.”

Star linebacker and running back Arian Curry, also a senior, knows why the Raiders have been able to hang tough in the White County and Stephens County wins.

“We didn’t finish as a team [the first two games],” says Curry. “But these last two games, we rallied to the ball and we finished the third and fourth quarter as a team.”

Curry, who follows in the footsteps of cousins AJ Curry (QB, c/o 2017) and Donovan Curry (WR, c/o 2018), has a unique perspective on the win over Stephens County. He and his family made the move from Toccoa just a couple of years ago.

“[My heart] was beating pretty fast, says Curry of the game’s final play, a hail mary that fell harmlessly to the turf. “Now being on the flip side of [the rivalry], it feels really good.”

Curry leads the team with 47 tackles (2.5 TFL), and has registered a sack so far this year.

Habersham sets its sights on Franklin County (0-3) in Week 6. Originally, this was the Raiders’ bye week, but the Week 4 matchup at Franklin was called due to lightning. Both teams had a common bye week and elected to play it then. The game stands as the final “tune-up” for the Raiders prior to the start of the second half of the season, which consists of 5 region games. 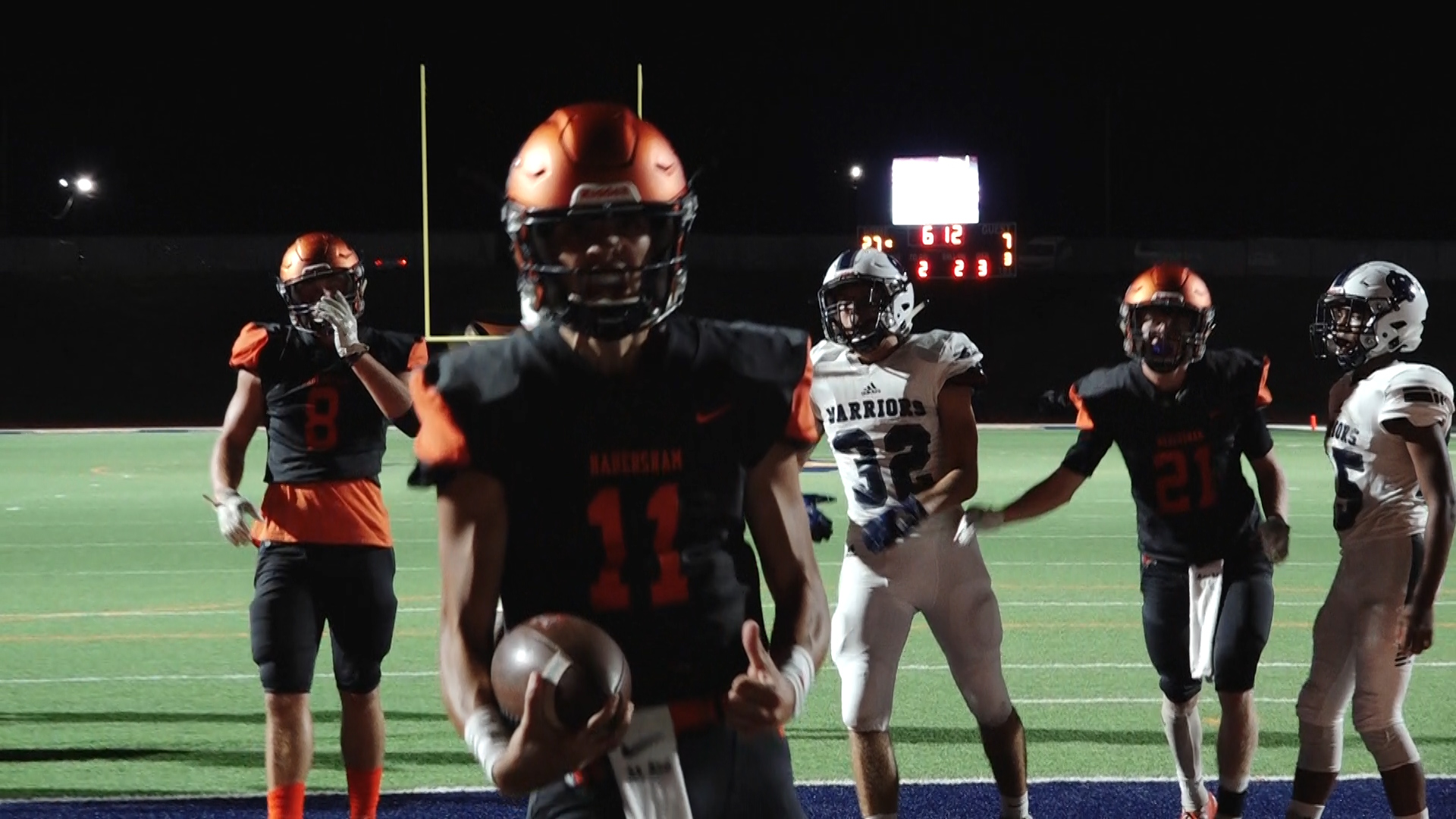