Chloe Smith was as dominating as she’s ever been, and that goes for on the court as well as in the voting for Player of the Year. After winning the award in 2018 as a freshman, she saw it slip away last year through no fault of her own. Now the honor once again rests on her shelf.

The junior has anchored #1 singles for three seasons now, and is now 33-7 in her illustrious career, which has a chance next season to eclipse 50 wins. She was 7-0 in an abbreviated 2020.

HISTORY OF TENNIS PLAYER OF THE YEAR

Smith is the third player to win this award twice, but the first to do it in non-consecutive seasons. She has a chance in 2021 to be the first to win it three times. She is the only Banks player to ever claim the award.

Chloe Smith has a vice grip on this thing at this point. However, teammate Jaden Hoard has twice been a finalist and returns next year also. Lumpkin’s Bella Brock has a good shot too after earning some good love in the voting. 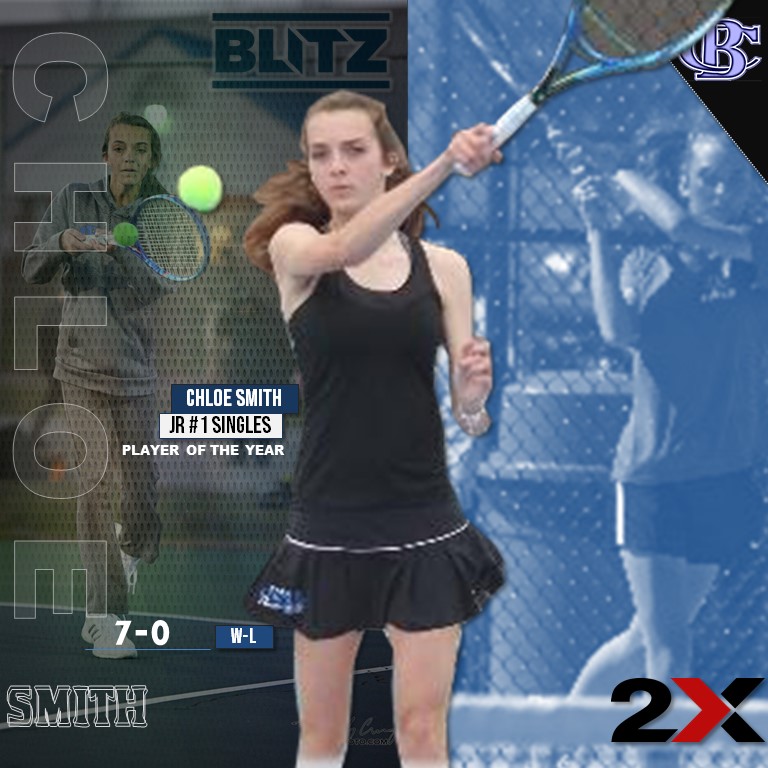 0 comments on “Girls Tennis Player of the Year – Chloe Smith”