We all know at this point things didn’t go according to plan, especially in track and field, where almost no one got in a true meet in 2020. We still knew who the front-runners were for Athlete of the Year, and taking the honors back-to-back is Union County’s Zoe Sanchez.

The senior distance champion was likely going to win another one or two state titles. She already had one in track and field and two in cross country. She goes down as an all-time great.

HISTORY OF T&F ATHLETE OF THE YEAR

Sanchez is the fourth to claim the honor more than once, and the third to go back-to-back. All four multiple-time winners are distance runners. It marks only the fifth time a senior has taken the hardware, but the eighth time it has gone to a distance runner.

With Sanchez graduating, as well as Moore (Jefferson), Kafsky (Tallulah), and Lovell (White), that brings back Jada Pittman (Jefferson), Dasha Cannon (White), and Lauren Massey (Commerce) as those who will be back next year. Moore would be the early favorite based on this year’s voting, but keep in mind this season we didn’t truly get to see the new standouts of the future. It could be anyone, including possibly Commerce freshman Paden Bell. 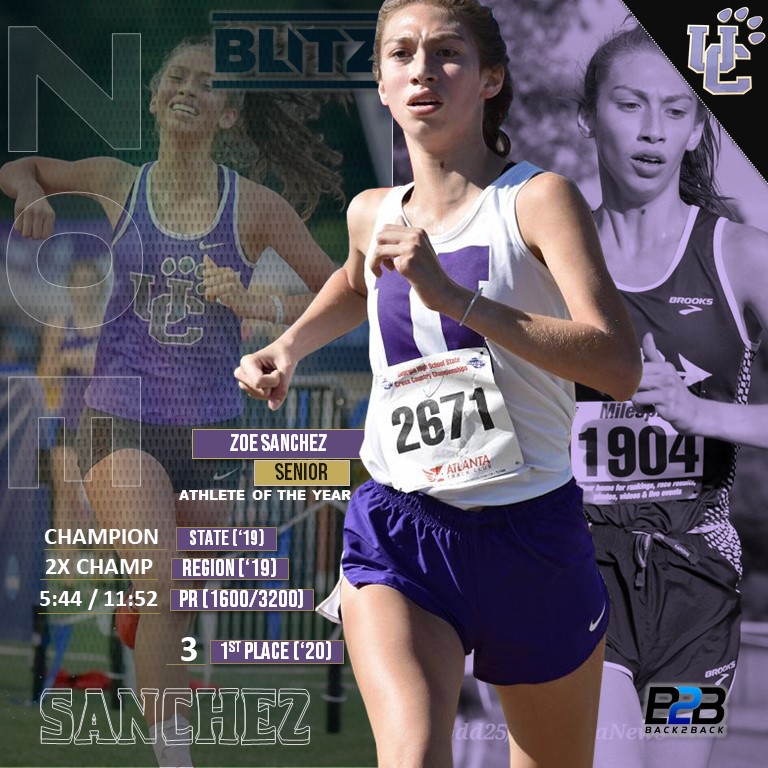