Just weeks ago, the Dawson County coaching staff had not even named a starting quarterback for this season. Now, it appears as though sophomore Zach Holtzclaw can hold that title for this year and the years to come. 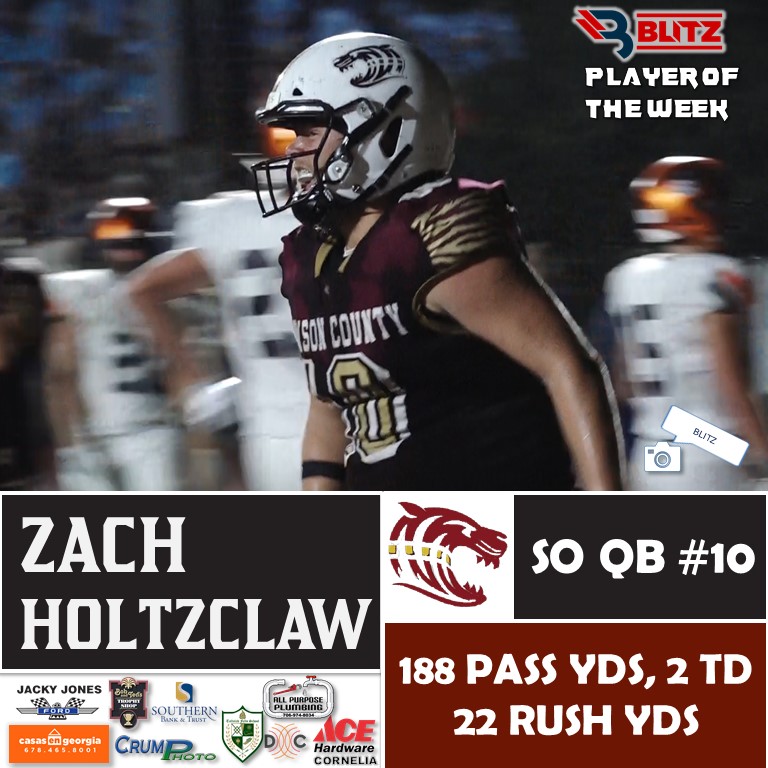 Gunner Stockton takes the honors for the second straight week, and 7th time overall in his still-young career. In what marked his second straight and fourth-ever 7 TD performance, Stockton was as good as always in a win over Banks County. The Wildcat sophomore threw for 354 yards and 4 TD, and added 86 rushing yards and 3 TD while coming out early in the 3rd quarter. He completed a career-high 26 passes on 33 attempts (79%), leading to a career-best 368 yards passing and his third 4-passing-TD game in a row. His QB rating was 153.8, his second-best ever. He also rushed for 84 yards and 3 TD, doing so on just 9 carries (9.3 yds/carry).