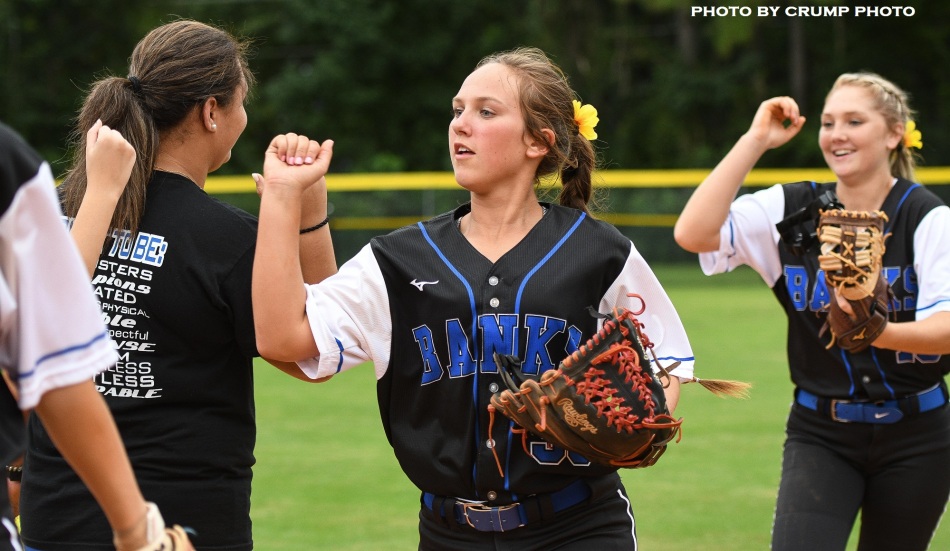 Banks County’s Madison Cronic put up an astounding 11,519 votes in the public Player of the Week poll. All told, 27,984 was the total tally of registered votes. Cronic outlasted second-place Liana O’Kelly (8,419) but BLITZ picked the White County player as Co-POW.

Banks County’s Madison Cronic has been one of the many pivotal pieces on the Lady Leopards team for a few years now. While she doesn’t get quite the attention, she more than earns it. Cronic in recent days has gotten on base (.545 OBP), hit for average (.444), and played a flawless shortstop (1.000 FLD%).

Cronic earns her first career Player of the Week award, and has helped Banks County continue to be the team to beat in 8-AA and throughout the 2A classification.

White County’s softball team is young, and one of the promising young players is Liana O’Kelly. The sophomore pitcher/outfielder hit .857 in recent games, driving in 4 runs, drawing 4 walks, and swiping a base. That’s not all.

O’Kelly also hurled a no-hitter for the Lady Warriors, picking up the win while striking out 7 hitters. O’Kelly gets her first Player of the Week award. 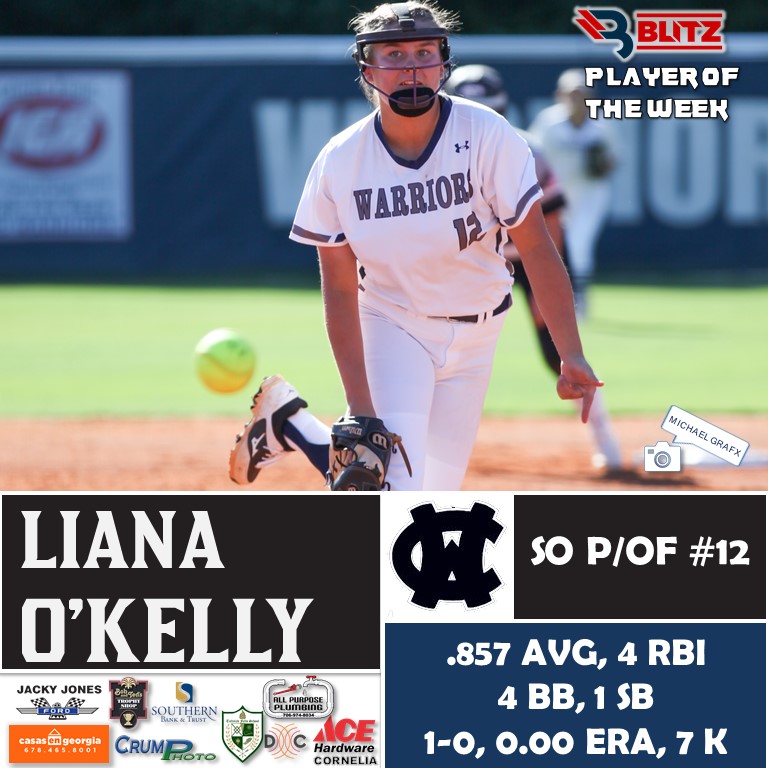