Gearing & Sanchez earn Runner of the Week after strong starts

The BLITZ Runner of the Week public vote revealed Ellie Gearing (White County) was the winner after capturing 3,455 votes of the total 9,004. BLITZ then picked Union’s Zoe Sanchez as Co-Runner of the Week. Worth noting that Banks County’s Griffin Stephens had a strong showing in the votes, as he was on Gearing’s heels with 3,059 votes.

Ellie Gearing is off to a blistering start to 2019. As a senior at White County, she runs in the footsteps of her older sisters Jenna, Kaitlyn, and Rachel. Ellie becomes the fourth Gearing girl to win a Runner of the Week award. She did so after placing 7th and 16th over her past two meets, including her season-best time of 20:57. 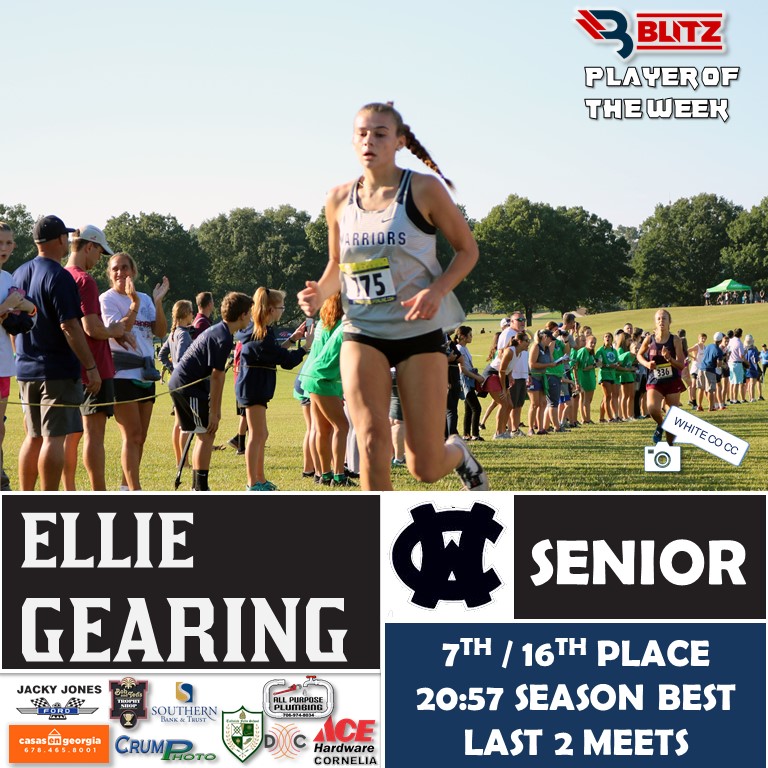 Zoe Sanchez is a state champion…twice! She’s on a tour this season to prove that she deserves to hold the title. She has left little doubt, finishing 1st once and 2nd on two occasions through 3 meets. Her 20:44 season-best time shows she’s running in top form. This is Sanchez’s second Runner of the Week award in her career. She is the reigning BLITZ Cross Country Runner of the Year and Track & Field Athlete of the Year. 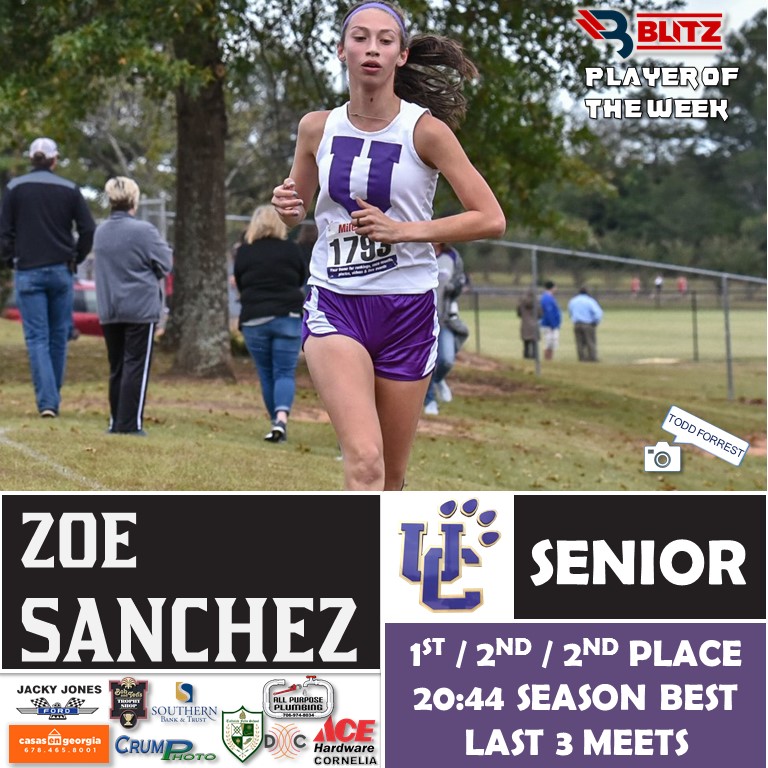