Lumpkin County senior Brighton Harder earned Player of the Week honors after collecting a ridiculous 12,779 of the 30,648 total votes in the Fan Vote. It’s worth noting that Rabun’s Sarah Sprinkle came in close behind with 10,332 votes.

Brighton Harder had not played ALL SEASON until the last five games. Out with a broken arm, Harder stayed sharp and ready for when the opportunity came to play her senior season. During the last five games, which is when the games mean the most, Harder set aside trepidation of coming back from a break.

She hit .857 (12-for-14), and got on base at a ridiculous .941 clip (reaching 16 of 17 times). This is straight up fiction narrative. The center fielder drove in 3 runs, scored 12, and stole 7 bases, adding a double and a triple in the process. This is Harder’s first Player of the Week award, and we can think of none more deserving based on what she went through to get to this point. 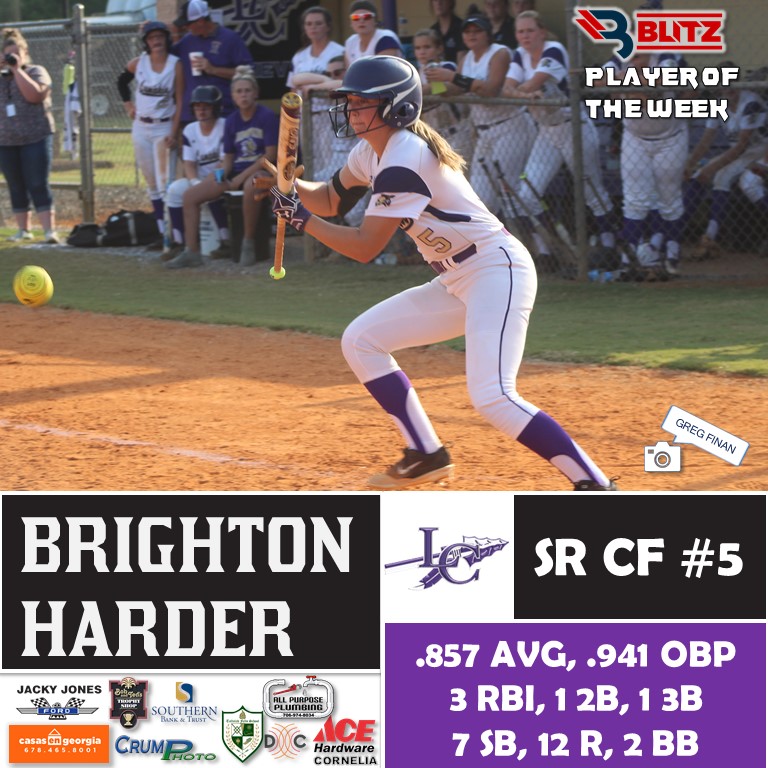